skip to main | skip to sidebar

Andal (Tamil: ஆண்டாள்), pronounced 'aanDaaL' is one of the twelve Alvars of Vaishnavism, and is the second most important of them. Her spiritual significance to Hinduism, however, is second to none. Her name is often transliterated as "Antal."

Monumental example of pure love
To Andal, the divine gift to Periaazhvaar in the form of a daughter is attributed the Tiruppaavai, the most beautiful string of 30 verses giving expression to the purest love of God -- equivalent to the love of the cowherdesses (Gopis) of Brindavan for Lord Krishna in ancient times. The story of Andal is one of the towering examples of the purest love of God that any human can have. She wanted nothing for herself; she wanted the God Himself. And in this she had no inhibition, no compunction, no qualms. And she was sure of it; that she belonged to the Lord, the Lord will respond and she would be taken in. She was

Miraculous birth
The Vishnu temple in Srivilliputtur had a garden which provided all the necessary flowers for the decoration and worship of the deities. Periaazhvaar was one day (8th century A.D.) working there deepening the pit under a tulsi plant. Lo and behold! He unearthed a fresh-born baby girl alive and kicking, right in the pit around the Tulsi plant! Taking the baby as a god-given gift and considering it as a blessing from God to him and his wife who had no issues so far, he brought the child home. The couple felt extremely blessed. They gave the name 'Kothai' to the child and raised her with love and affection. "Kothai" means 'given by earth' as "Ko" means 'earth' and "tha" refert to 'give'.

I am going to be his wife
The child grew into a beautiful girl but in addition she also grew into a devout devotee of the Lord - which fact was only welcome to the parents - until one day something happened to upset their peace. Every day the father used to get ready the garlands of flowers meant for the temple deities and take them to the temple to adorn and decorate the Lord with due ritualistic worship. That day also the father had left at home the garlands ready to be taken to the temple; and had left on an errand. When he came back he was surprised, nay, non-plussed, to see his dear daughter Kothai wearing the fresh garland, meant for the temple deity, and posing before the mirror. Did she realise that this is sacrilege? How dare one wear the deity's garland even before it is offered to the deity? The father could not stand it. When accosted by the father on her irreverence, she confounded the issue further by replying: What is wrong? I am going to be His wife!

ChooDik-koDutha Naachiyaar
And on further interrogation the father realised that Kothai had been doing this 'sacrilege' for several days now without anybody knowing about it. He felt very bad, went out and came back with new flowers, made them into garlands and took them to the temple to adorn the deity with them. That night the Lord appeared in his dream and said that He only wanted the garlands that Kothai had worn and not the so-called 'fresh' ones which the priest brought that day!. Thus she became ‘ChooDik-koDuthavaL’ – the girl who gave the Lord garlands worn by her!


Beatitude
Thus it came to pass that the parents of Kothai and through them the whole town began to understand the divine nature of Kothai. In due time when she came up to marriageable age, the parents began to talk about a suitable match for her but she firmly asserted that the Lord God was her husband-to-be. There were divine indications that that is what it ought to be. So she was taken to the temple of Srirangam Ranganatha Perumal, and presented before the deity. She disappeared into the sanctum sanctorum and merged into the Deity!

Tiruppaavai
The two Prabhandhams attributed to her are ‘Tiruppaavai’ (30 verses ) and ‘Naachiyaar Tiru-mozhi’ (143 verses) both included in the first thousand of the 4000 verses of Divya Prabandham. The 30 verses of Tiruppaavai are probably the most often sung devotional hymns in the whole history of the Tamils all over the world. ‘To see the Lord, to serve Him and be a part of Him’ is the heart-rending theme of this immortal poem. In its language it is simple and easily understandable; but in its esoteric meaning and significance, scholars have still not seen the end of it.

Avatar of Goddess Lakshmi
Orthodox tradition believes that Andal is an incarnation of Lakshmi, the Goddess of Spiritual Wealth, and consort of Lord Vishnu. An error that has been propagated, most likely from the Venkateswara Temple of Pittsburgh (and spilled over into every Venkateswara temple in the United States that attempts to emulate the Pittsburgh temple) is that Andal is an incarnation of Bhuma-devi, the Goddess Earth. While it is true that Bhuma-devi is viewed as a form of Vishnu's consort Lakshmi, and Andal was found on the ground near a Tulasi plant, she is traditionally regarded as Saint Andal, and not as an incarnation of Bhudevi. Bhuma-devi, the Goddess Earth, who, according to all Puranas, is a consort of Lord Vishnu along with the other consort, Sri-devi. Many Vaishnava Temples will have an altar for Andal, who is also called Goda-devi. 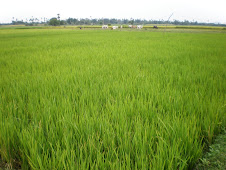